Cong Phuong had a great time when talking with Runners at GMO-Z.com RUNSYSTEM

On 22/12/2017, the “super typhoon” named Cong Phuong has officially landed in GMO-Z.com RUNSYSTEM office. With sweet smiles and honest but extremely charming answers, “the storm” that the 1995-born player created “swept away” the hearts of the girl of GMO-Z.com RUNSYSTEM.

This is the first visit of the Congregation as Ambassador of Brand Z.com Vietnam. Cong Phuong had a chance to visit the office GMO-Z.com RUNSYSTEM in Hanoi and have a fun and warm talk with the Runners here.

During the Q & A session, all Runners were extremely eager for the opportunity to discover the secret-not-ever-secret of Cong Phuong. With her wit and extremely “smart mind”, MC Phuong Thanh sometimes made the 1995-born player blushed with confusion when faced with difficult questions of the Runners. 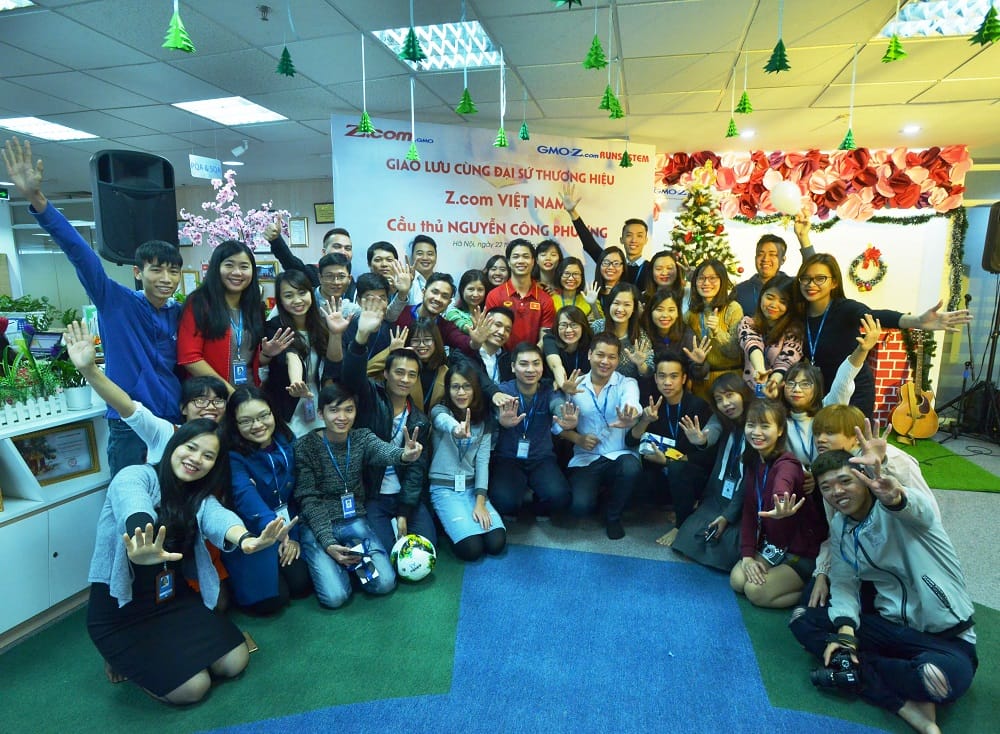 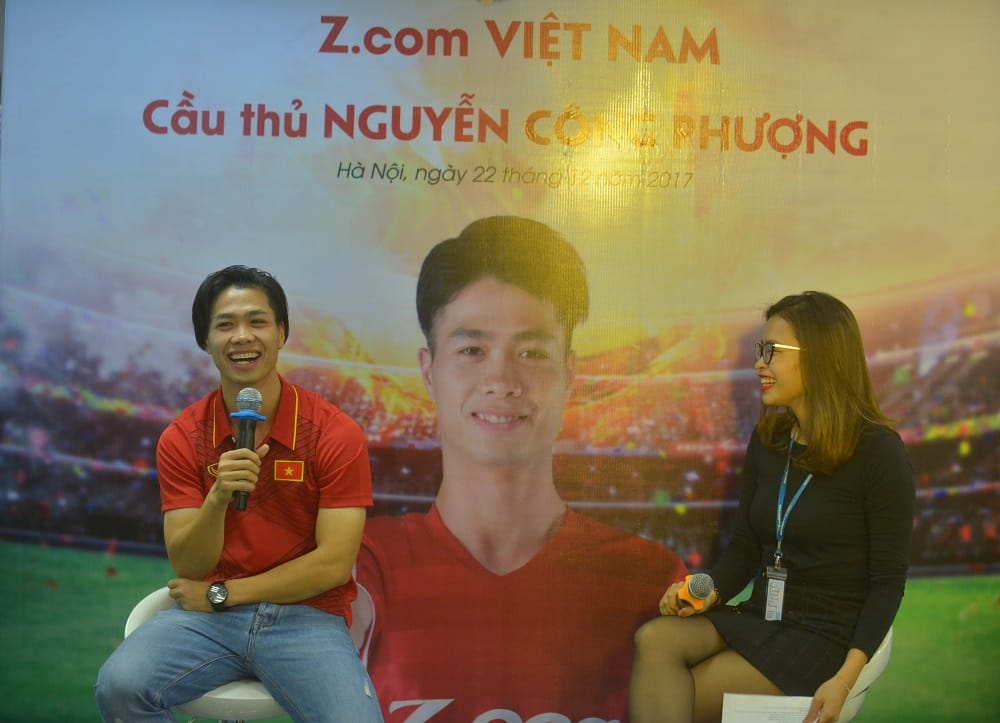 Cong Phuong excitedly revealed the stories both inside and outside the field.

First of all, Cong Phuong talked about his early days of football training with his brother, on his journey to become a professional player. Cong Phuong said that they thanked their parents very much because they were the inspirational people, the momentum when he started playing football. In addition, Cong Phuong also shared about his ideal girlfriend: “I like a smart girl and no need to be too pretty”. At the same time, Phuong also revealed his business project with the immediate goal to win the national team in Vietnam.

When was asked about the first impression when coming to GMO-Z.com RUNSYSTEM, the guy from Nghe An said that he was very impressed with young, dynamic and professional style here. Phuong also expressed his wish to continue working with Z.com Vietnam in his upcoming projects.

Runners had a chance to enjoy the special performances from Guitar Club’s beautiful ladies, laughed with fun games with Cong Phuong and although our protagonist was quite shy, he still completed the funny challenge set by the organizer. 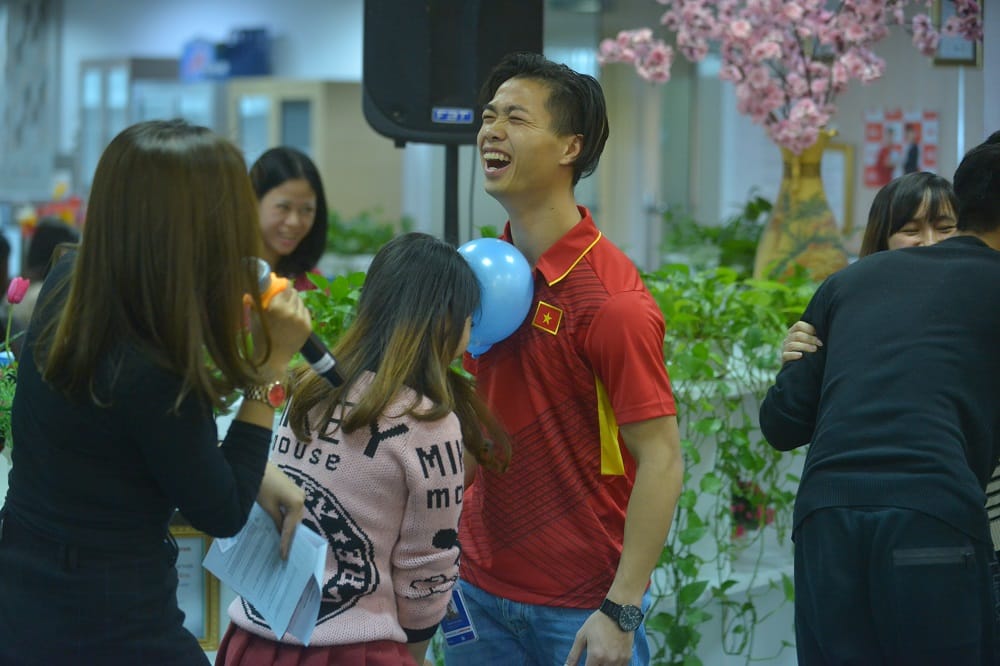 Cong Phuong with the fun challenge at the exchange

“This is the second year in a row that Cong Phuong has been chosen as the Brand Ambassador for Z.com Vietnam. Z.com wants to spread the love of football with the Vietnamese people in particular and the world in general. In addition, through the provision of first-class service, we look forward to contributing to the development of the Internet in Vietnam and thereby contributing to the economic development of Vietnam in the near future. ” .

Warm atmosphere, friendly discussion with Cong Phuong dispeled the winter cold of Hanoi in winter at GMO-Z.com RUNSYSTEM. Nice impression on the number 10 of the national team in Vietnam was deepened in the minds of Runners and all longing for a chance of return of this talented player.